National Month of Science, Technology and Innovation at the Pequeno Príncipe Complex

Innovating in healthcare of children, adolescents and the planet with technical-scientific excellence and humanization is in the centenary DNA of the Pequeno Príncipe Complex. To celebrate the National Month of Science, Technology and Innovation at the Pequeno Príncipe Complex and to bring even more focus to the issue, the institution is promoting a special program. Join us!

October 4 at 7 p.m. – What to expect for the future of education in the digital world

Lígia Zotini: researcher of the future and founder of Voicers

About the guest speaker: Ligia is a researcher of the future and founder of Voicers. She promotes lectures, workshops, trainings and is the curator of festivals, with the themes of New Technologies, New Humans and New Ecosystems. She has 15 years of experience in the Technology Industry and 20 years in Education as a Master in Talent Development from the Pontifical Catholic University of São Paulo, had the honor to do 2 TEDx, a TecnoMagia program at Geek Radio and a column about Soft Economy on Você S/A Magazine.

October 5 at 7 p.m. – Innovation and new practices for organ transplantation 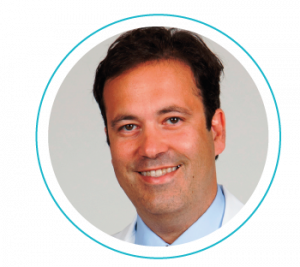 About the guest speaker: The physician is graduated from the Federal University of Paraná and has residency from Nossa Senhora das Graças Hospital, in Curitiba. Specialized in transplants at the University of Miami, in the United States. He is currently the director of the Miami Transplant Institute, connected to Jackson Memorial Hospital, and is considered the world’s leading surgeon in multivisceral transplantation (multiple organs in the abdominal cavity).

October 6 at 7 p.m. – Research and innovation for the development of new drugs 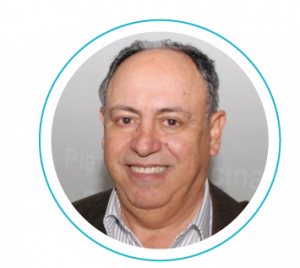 About the guest speaker: The professor is graduated in Biological Sciences by University of Brasília, holds a Master in Pharmacology from Escola Paulista de Medicina – Unifesp and a PhD in Pharmacology from University of São Paulo. He is a head professor (retired) of Pharmacology at the Federal University of Santa Catarina, a CNPq level IA researcher, and a member of the Brazilian Academy of Sciences since 2000. He coordinated the construction of the Center for Innovation in Pre-Clinical Testing (CIEnP) inaugurated in 2014, funded by the Ministry of Health and the Ministry of Science, Technology and Innovation with support from the government of Santa Catarina State. He is currently the CEO of CIEnP, an international standard center that conducts pre-clinical research for drug development according to the laboratorial good practices.

October 7 at 8 p.m. – Science and innovation for the future of Brazil

Prof. Renato Janine Ribeiro: President of the Brazilian Society for the Progress of Science (SBPC) and former minister of Education of Brazil 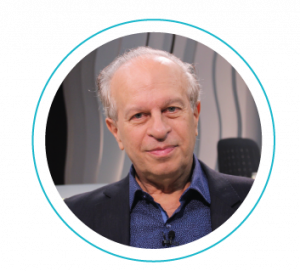 The entire program will be online and free of charge!

This website uses cookies to improve your experience while you navigate through the website. Out of these, the cookies that are categorized as necessary are stored on your browser as they are essential for the working of basic functionalities of the website. We also use third-party cookies that help us analyze and understand how you use this website. These cookies will be stored in your browser only with your consent. You also have the option to opt-out of these cookies. But opting out of some of these cookies may affect your browsing experience.
Necessary Sempre ativado
Necessary cookies are absolutely essential for the website to function properly. These cookies ensure basic functionalities and security features of the website, anonymously.
Functional
Functional cookies help to perform certain functionalities like sharing the content of the website on social media platforms, collect feedbacks, and other third-party features.
Performance
Performance cookies are used to understand and analyze the key performance indexes of the website which helps in delivering a better user experience for the visitors.
Analytics
Analytical cookies are used to understand how visitors interact with the website. These cookies help provide information on metrics the number of visitors, bounce rate, traffic source, etc.
Advertisement
Este site usa cookies para melhorar a experiência do usuário. Ao utilizar nosso site, você consente com todos os cookies de acordo com nossa Política de Cookies.
Others
Other uncategorized cookies are those that are being analyzed and have not been classified into a category as yet.
SALVAR E ACEITAR